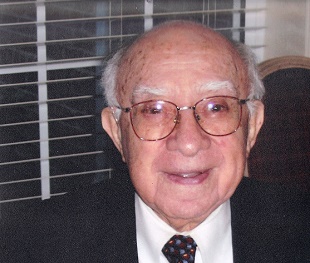 AACREmmanuel Farber, chairman emeritus and professor in the department of pathology at the University of Toronto, died last week (August 3). He was 95.

Farber’s groundbreaking studies early in his career demonstrated that chemical carcinogens could bind to nucleic acids; he later showed that a series of chemical treatments could induce liver cancer. As part of the Surgeon General’s first Advisory Committee on Smoking and Health in the early 1960s, Farber was an early advocate of limiting tobacco use and increasing public education about smoking risks, although such views were opposed by industry and other scientists, according to The ASCO Post.

Born in Toronto in 1918, Farber earned his MD from the university there, and later, a PhD in biochemistry from the University of California, Berkeley. He began his academic career at Tulane University in New Orleans, Louisiana, followed by a position as professor of biochemistry at the...

An active member of the American Association for Cancer Research (AACR) for more than 60 years, Farber served on its board of directors and was AACR president in 1972.

Farber’s accomplishments were recognized by his colleagues throughout his career, the AACR noted in an obituary. For his contributions to the field, Farber received the Parke-Davis Award in Experimental Pathology and the Rous-Whipple Award of the American Association of Pathologists, among other accolades. He was elected an honorary member of the Society of Toxicologic Pathologists, the group’s highest honor, and made a fellow of the Royal Society of Canada in 1984.

Farber is survived by his daughter, son-in-law, and grandson.