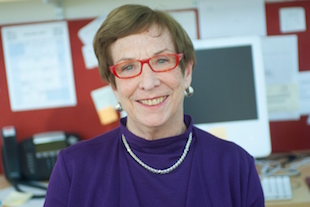 Neuroscientist Suzanne Corkin, whose studies of the famous patient “H.M.” played a pivotal role in elucidating the biological mechanisms of memory, died today (May 31). She was 79.

Corkin, of MIT, was best known for her work with Henry Molaison, referred to in studies as patient “H.M.,” a man who lost the ability to form new memories after having part of his brain removed—to treat severe epilepsy—when he was 27. Corkin’s work showed that a brain region called the hippocampus is vital for long-term memory consolidation.

“Sue had incredible patience; she was absolutely meticulous,” Brenda Milner of McGill University, Corkin’s former thesis advisor, told The New York Times. “Sue was extremely disciplined. You could absolutely trust every observation she had.”

Corkin was born in Hartford, Connecticut, on May 18, 1937, not far from William Beecher Scoville, the neurosurgeon who operated on Molaison in 1953....

Corkin went on to publish hundreds of studies on Molaison, establishing the link between the hippocampus and long-term memory formation. She was fiercely protective of him, according to the New York Times. “He was more than a research participant,” Corkin wrote of Molaison in her 2013 book, Permanent Present Tense: The Unforgettable Life of the Amnesic Patient, H.M. “He was a collaborator—a prized partner in our larger quest to understand memory.”

She is survived by three children and seven grandchildren.