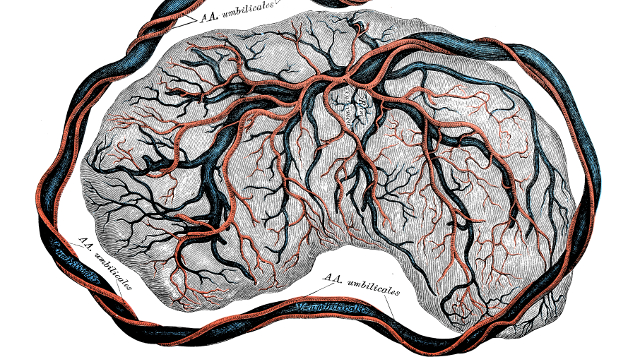 ISTOCK, ILBUSCAComplications during pregnancy can magnify the effect of genetic risk factors for schizophrenia by altering gene expression in the placenta, a new study suggests. The paper appeared yesterday (May 28) in Nature Medicine.

“To me the key thing in this paper is the recognition that environmental factors in early development, prenatal factors, are likely to be very important in schizophrenia and just as important as genes,” Allan Brown of Columbia University Medical Center who was not involved in the study tells Scientific American.

An international team of researchers analyzed data from nearly 3,000 participants, including people with schizophrenia and healthy controls. The researchers found that, among people with known genetic risk factors, those who were products of a pregnancy complicated by conditions such as preeclampsia or diabetes were at least five times more likely to have the disease than were people born of uncomplicated pregnancies....

“We need to create a new risk score for schizophrenia, incorporating not only genes but also placental health,” study coauthor Daniel Weinberger of the Lieber Institute for Brain Research and the Johns Hopkins University School of Medicine tells STAT. “The odds of becoming schizophrenic based on your polygenic risk score is more than 10 times greater with these early-life complications than without them.”