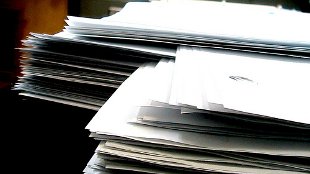 FLICKR, FEATHEREDTARInvestigators at the National Science Foundation (NSF) turned up nearly 100 cases of suspected plagiarism in proposals funded by the agency during the fiscal year 2011, all of which are now being investigated, reported ScienceInsider.

The NSF’s Office of Inspector General (IG), an internal but independent watchdog, used plagiarism detection software to analyze some 8,000 successful funding applications, and flagged 1 to 1.5 percent of cases as suspicious—though it’s not clear what percentage of these are self-plagiarism, in which researchers lift sections from the materials and methods or even introductions of their own previous proposals.

Last month (28 February), the NSF’s Inspector General Allison Lerner told a congressional panel that “extrapolating across 45,000 proposals, the NSF receives annually suggests 1,300 proposals could contain plagiarism and 450 to 900 could contain problematic data”—the NSF label for fabrication and falsification, which the agency’s IG did not search for...

James Kroll, head of administrative investigations at NSF’s IG, told ScienceInsider that his six staff investigators would be overwhelmed by so many cases, as it also has to deal with outside tips and investigations by universities into allegations of misconduct involving NSF-funded research.