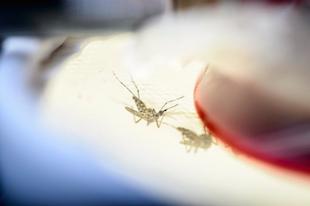 Earlier this month (August 5), the US Food and Drug Administration (FDA) OKed a plan to help slow the spread of Zika virus in the Florida Keys using genetically modified (GM) mosquitoes, having found no evidence of danger to the environment or people. But Mila de Mier, a local real estate agent and vocal critic of the plan, isn’t buying it. “Opening this Pandora’s box, sometimes you don’t see the impact until five, 10, 15 years down the road,” she told The Guardian. De Mier started an online petition against the use of GM mosquitoes that to date has collected nearly 170,000 signatures.

In response to public opposition, the local mosquito control board has delayed the launch of the experimental program and will allow residents to vote in a nonbinding referendum on the matter in November, according to NPR’s Shots.

Only male GM mosquitoes would be...

Opposition to GM organisms presents a major roadblock to health officials and to Oxitec. The arrival of Zika in Florida has added urgency to the local debate over GM mosquitoes.

“About 40 percent of the global population is at risk [from] this species,” Andrew McKemey, an entomologist and the head of field operations for Oxitec, told The Atlantic in April. “It’s kind of the rat of the mosquito world.”