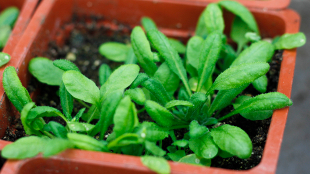 Arabidopsis thaliana growing in the labWIKIMEDIA, JUCEMBERThe Arabidopsis Information Resource (TAIR), a popular online database that previously allowed plant biologists around the world to browse, download, and analyze genetic and molecular data harvested from the model organism for free, will begin charging users for access beginning in October. TAIR administrators had to have seen this coming. In 2009, the National Science Foundation (NSF) set in motion a four-year plan to eliminate funding for the resource—gradually trimming the database’s once $1.6 million annual NSF grant, until withdrawing funding completely on Saturday (August 31).

TAIR’s director, Stanford University plant biologist Eva Huala, told Nature that charging for access to the database was a last resort, enacted only when other alternative funding ideas failed to pan out. Nature reported that Huala said in an email to users that companies will have to pay for access to TAIR come October, and that academic users will be charged to use the database beginning next year. She also lamented NSF’s decision to stop funding TAIR, which is accessed by 40,000 to 60,000 users every month. “There has been kind of a reluctance that has never been publicly stated, but is behind the scenes on NSF’s part—that data curation of this sort is too expensive, not scalable, and not something that they want to fund,” Huala said.