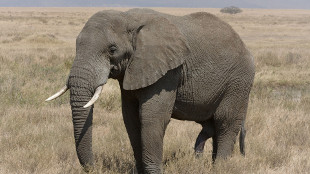 WIKIMEDIA, IKIWANERThe illegal trade of elephant tusks out of Africa could one day lead to the animals’ ultimate demise, Colorado State University’s George Wittemyer and his colleagues warned this week (August 19) in PNAS. Poaching of tens of thousands of African elephants during the last four years has sped up the global decline of the species, the team noted in its analysis of carcass data as a measure of illegal killing.

“We are shredding the fabric of elephant society and exterminating populations across the continent,” Wittemyer told BBC News. However, added study coauthor Julian Blanc, “different areas are affected differently.”

“There are still healthy growing populations in parts of Africa, Botswana for example. But in other places the poaching levels are devastatingly high, and that is particularly the case in Central Africa,” Blanc told the BBC.

The researchers began by studying a wild African elephant population in...

“This is probably the most important publication for elephant conservation in the last 10 years and one that we had all waited for with bated breath,” the Wildlife Conservation Society’s Fiona Maisels, who was not involved in the work, told Nature. “[The] proportion of elephants estimated to have been lost annually is highly cautious,” she added, “but still shockingly high.”

Such desperate times call for desperate measures, John Scanlon, secretary-general of the Convention on International Trade in Endangered Species of Wild Fauna and Flora, told the BBC. “In terms of concrete actions, we need to move to focus on the front-line and tackle all links in the illegal ivory trade chain—improve local livelihoods (for those living with elephants), strengthen enforcement and governance and reduce demand for illegal ivory.”