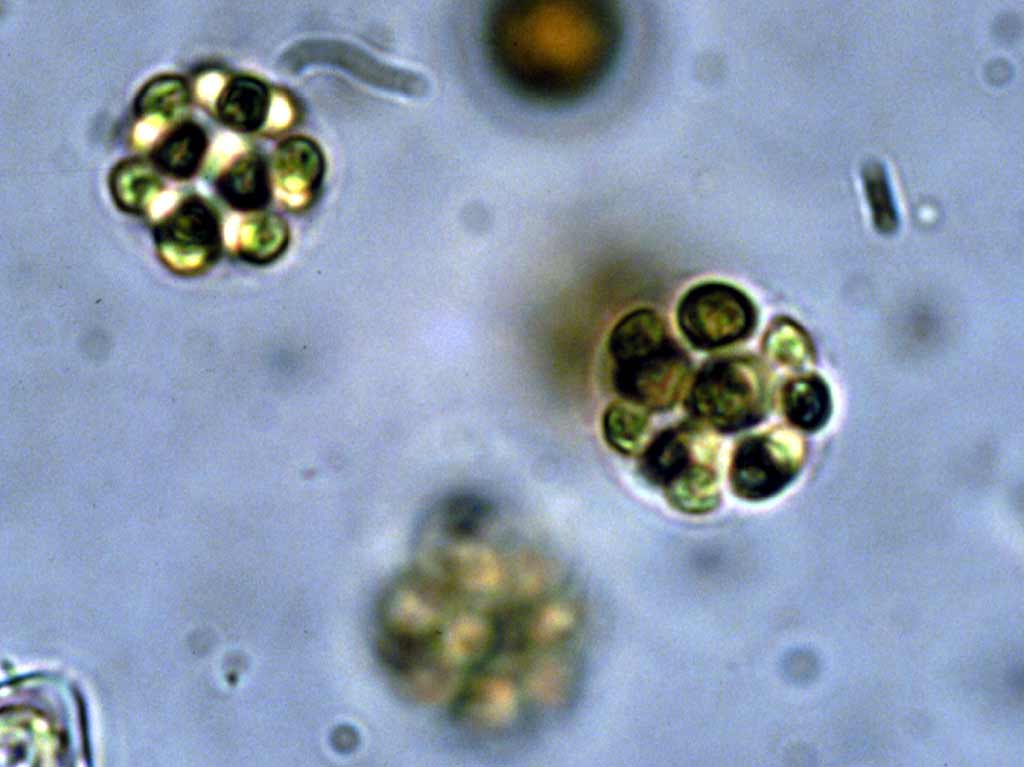 Sphaerocystis schroeteri WIKIMEDIA, EPAFor 530 days, two algal species withstood extreme temperatures and ultraviolet radiation that would quell most other life on Earth. Part of a long-term plant study conducted aboard the International Space Station (ISS), the algae were left to grow on a panel outside the ISS for more than a year-and-a-half. Preliminary analyses of the specimens, released February 1, suggest that the plants are doing just fine.

“I’m sure that plants of many kinds have been on the ISS before, but on the inside, not the outside,” Thomas Leya of the Fraunhofer Institute in Potsdam, Germany, who organized the algae experiment, told New Scientist. “As far as I know, this is the first report of plants exposed on the surface of the space station.”

Leya and colleagues discovered the algal specimens on a remote peninsula in Norway. The plants can withstand extreme cold and lack of...

Because of these qualities, Leya told New Scientist he expected the algae to survive the extreme temperatures in space. But he was surprised to find that, after more than a year-and-a-half in space, the specimens were not destroyed by UV radiation. More surprising, shortly after arriving back on Earth, the algae shed their orange protective shells and started growing as if they never left. “Within just two weeks they become green again,” Leya told New Scientist.

“The experiment shows that some terrestrial organisms are robust enough to cope with months of exposure to open space conditions without a space suit,” Rene Demets of the European Space Agency who was not involved in the study told New Scientist.

Correction (February 13): 530 days is more than a year-and-a-half, and less than two years. This post has been updated throughout. The Scientist regrets the error.