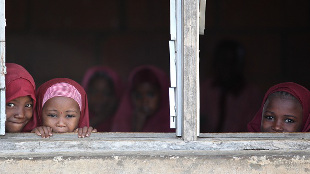 WHO, T. MORANJuly 24, 2014, was the last time Nigeria reported a case of wild poliovirus, the World Health Organization (WHO) announced last week (September 25), making the nation the last in Africa to be removed from the list of polio-endemic countries. Polio remains endemic in Pakistan and Afghanistan.

“Nigeria has made remarkable progress against polio, but continued vigilance is needed to protect these gains and ensure that polio does not return,” the WHO noted in its statement. “Immunization and surveillance activities must continue to rapidly detect a potential re-introduction or re-emergence of the virus.”

Nigeria will be officially certified polio-free after three years without a case of wild poliovirus, the WHO noted. Following on the year anniversaries of the last reported cases in Nigeria and Somalia, “we are hopeful that we now have a polio-free Africa,” Stephen Cochi, former director of the US Centers for Disease Control and Prevention’s Global Immunization Division, told The Scientist in July.