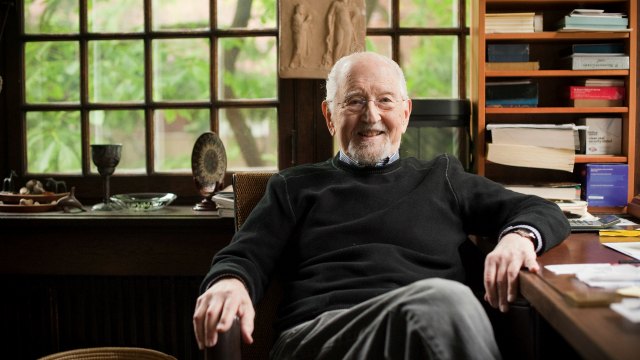 UNIVERSITY OF PITTSBURGHJulius Youngner, whose research with Jonas Salk at the University of Pittsburgh contributed to the polio vaccine, died at his home in Pittsburgh on April 27. He was 96.

Among Youngner’s contributions were the development of a cell culture technique that allowed for scaling up production of the vaccine and the invention of a method for inactivating the virus.

“Dr. Youngner made monumental contributions to the field of virology,” Vincent Racaniello, a microbiologist at Columbia University, said in a statement. “For most, simply working with Jonas Salk on the development of the polio vaccine would be enough for a career; he also made important contributions to our understanding of the antiviral roles of interferon, cell culture, and other vaccines.”

Born in New York, Youngner studied English and biology at New York University, and then earned his masters and doctoral degrees from the University of Michigan. After working...

“Today, it would have taken us 12 years to do what we did in four and a half years because of all the regulations now—there’s the institutional review board, the FDA, the animal care organization, the federal government,” Youngner said in an interview with The Pitt News last year. “We didn’t even work with laminar flow hoods for safety, and we did mouth-pipetting, which you can’t do anymore. So, it would have taken us much longer if we were starting out now.” (Youngner added that it also would have been “much safer” for the scientists.)

Youngner went on to identify interferon gamma, a cytokine involved in the innate and adaptive immune responses to infection. And he contributed to the development of other vaccines, including one against equine influenza. He stayed at the University of Pittsburgh School of Medicine for the rest of his career.

Despite others’ contributions to the polio vaccine, Salk tended to credit only himself and not his collaborators, American Medical News pointed out in an interview with Youngner in 2005. “Betrayed,” Youngner said of how he felt about Salk’s exclusion of coauthors on his papers. “So did my other colleagues who can no longer speak for themselves. I’m speaking for all of us.”

Nevertheless, Youngner’s pride in his work remained intact. He told American Medical News that playing a part in the polio vaccine was “exhilarating—and that doesn’t even describe it, because I’ve been on a high ever since.”

Youngner is survived by his wife of 54 years, two children, three grandchildren, and a half brother.