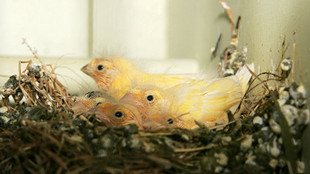 A commonly used class of pesticides, known as neonicotinoids or neonics, may be more harmful to birds than previously thought, according to a new report by the American Bird Conservancy (ABC). Neonics have been suspected to harm bees and other pollinating insects as well. The ABC is calling for a ban on treating seeds with the pesticides and for other uses of the pesticide to be suspended until their effects have been independently reviewed.

“Regulators have approved more and more neonicotinoid products for an ever-growing number of uses without regard to the red flags raised by their experts concerning this persistent, cumulative, irreversibly-acting new class of pesticides,” the ABC report read.

The report’s authors argue that the Environmental Protection Agency’s (EPA) guidelines for exposure are flawed, Wired Science reported, only requiring toxicology tests on mallard ducks and bobwhite quail, while other smaller birds,...

Bayer, which makes and sells neonics, said that its pesticides are benign at environmentally relevant concentrations. “This report relies on theoretical calculations and exposure estimates that differ from accepted risk assessment methodologies, while disregarding relevant data that are at odds with its claims,” a statement from the company read, according to Wired.

Bayer’s CropScience division director of environmental toxicology and risk assessment, David Fischer, told Wired that he did not know of any incidents of bird mortality due to neonic use in the United States. But Pierre Mineau, a retired pesticide toxicologist for the Canadian government and an author of the ABC report said that bird deaths were unlikely to happen in the middle of a pesticide-treated field, but rather in the bushes or trees far from sight.

The EPA is in the midst of a review of the class of pesticides to be completed in 2018. The agency told Wired that the new report’s methodologies differ from the agency standards, but that EPA administrators will “carefully consider the report’s studies, analytic methods, and conclusions.”