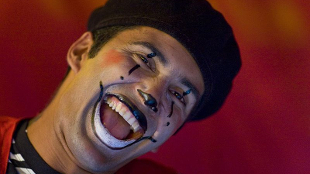 WIKIMEDIA, STEVE EVANSA British psychology student and two co-authors have published a damning critique of a highly cited 2005 American Psychologist paper, which used a mathematical model to assert that the ratio of positive to negative feelings must be above 2.9013 for a person to “flourish,” reported The Chronicle of Higher Education.

Barbara Fredrickson, a professor of psychology at the University of North Carolina, and Marcial Losada, a Chilean psychologist and consultant, authored the original paper. Frederickson also used this research as the basis for her 2009 book Positivity: Top-Notch Research Reveals the 3 to 1 Ratio That Will Change Your Life. But the latest paper, published last month in the same journal, suggested that Frederickson and Losada’s conclusions had been “based on a series of erroneous and, for the most part, completely illusory ‘applications’ of mathematics.”

The tale of the takedown began when Nick Brown,...

“We find no theoretical or empirical justification for the use of differential equations drawn from fluid dynamics, a subfield of physics, to describe changes in human emotions over time,” the trio wrote in the new paper. “Furthermore, we demonstrate that the purported application of these equations contains numerous fundamental conceptual and mathematical errors.” The researchers conclude that “Fredrickson and Losada’s claim to have demonstrated the existence of a critical minimum positivity ratio of 2.9013 is entirely unfounded.”

In a response published in American Psychologist, Frederickson wrote that she has come to see “sufficient reason to question the particular mathematical framework Losada and I adopted,” and that she had “neither the expertise nor the insight” to defend that framework. Losada, who came up with ratio to begin with, told The Chronicle that he didn’t have the time to prepare a proper response, as requested by the journal. “I am not an academic, I am a consultant to business, and I am fully booked for the rest of 2013,” he wrote in an e-mail.

The saga is another blow for the embattled field of psychology, which has been marred by the problem of irreproducible results and the outright fraud of high-profile researcher Diederick Stapel, whose retraction count recently jumped to 54. Indeed, Brown and Sokal said they were surprised that no one had ever taken a more critical look at the ratio. “The main claim made by Fredrickson and Losada is so implausible on its face that some red flags ought to have been raised,” Sokal told The Chronicle.