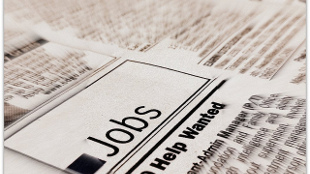 FLICKR, NEETALPAREKHIn 2014, the number of job-seeking biomedical graduate-degree holders and postdocs in the U.S. exceeded the number of relevant, available jobs by more than 8,000, according to a study published this month (April 13) in The FASEB Journal. And this labor gap shows no signs of narrowing, the authors—from the National Cancer Institute (NCI) and the management consulting firm ICF International—noted.

Decades of unchecked growth in academic research has led to an imbalance between the supply of biomedical graduates and demand in the job market. “But there’s very little data out there,” said study coauthor Julie Mason, associate director for cancer training at NCI. “So we really wanted to quantify the labor gap.”

Mason and her colleagues first estimated the numbers of biomedical PhD graduates from 2010 to 2014 using data from Economic Modeling Systems, which draws information from the US Census Bureau, the US Bureau of Labor Statistics, and the National Center for Education Statistics, and other federal and state-level resources. The researchers also estimated the number of current biomedical postdocs entering the labor market (although, they noted, this was more difficult to determine because postdocs—especially international postdocs—are not systematically tracked).

Comparing the two, Mason’s team found that the demand for jobs requiring graduate-level biomedical training substantially outweighed the number of available positions in 2014. “Our analysis shows that the number of biomedical researchers being produced is still greater than the number of positions, even when you take into account other career paths that people might pursue,” said study coauthor Jonathan Wiest, director of cancer training at NCI.

Among the information Labor Insight pulls from job postings are the types of skills that employers seek in potential candidates. Using these data, the researchers attempted to identify professional and technical skill gaps. Project management, business development, leadership, and communication were among the skills that employers sought in addition to technical expertise, the authors wrote in their report.

Like many others before them, the researchers proposed one possible solution to this problem: enhance graduate training. There is a need for “courses and workshops to maximize [graduates’] exposure to other types of skills, such as business development and project management, so that they are more optimally equipped for the workforce,” said Mason, “especially if they are not moving into a career outside of which they have been formally trained in a research lab.” 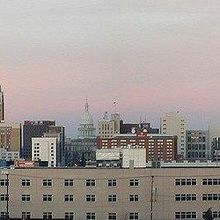