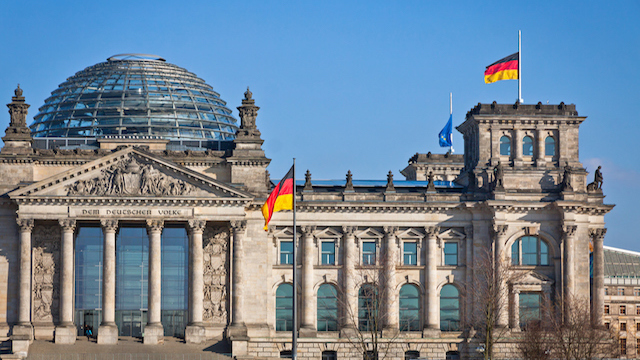 On Sunday (September 24), Angela Merkel, Germany’s Chancellor since 2005, won her fourth term in office. Despite securing another four years as the country’s leader, her party, the Christian Democratic Union (CDU), lost a considerable amount of power—it won 32.9 percent, down from 41.5 percent since the last election in 2013.

Over the next couple of months, Merkel faces the difficult task of building her government. Because the Social Democrats (SPD), her party’s previous coalition partner, has pledged to become the official opposition party, the Chancellor will likely seek an alliance with the liberal Free Democrats (FDP) and the Green Party in order to maintain a governing majority in the parliament. However, this so-called “Jamaica coalition,” named after the colors of the three parties (black, yellow, and green), may face challenges as they discuss whether to form a union.

While social issues, such as the refugee crisis,...

“We should expect a lot of ambiguity, even hypocrisy, when it comes to climate policy,” Oliver Geden, a policy expert with the German Institute for International and Security Affairs in Berlin, tells Nature.

The Green Party also stands out for its stance on stricter regulations for gene editing, despite Germany’s already tight rules for the development and use of genetically modified organisms.

Sunday’s election marked the first time a far-right party has entered the parliament in more than 60 years. The Alternative für Deutschland (AfD) secured almost 13 percent of the vote, becoming the third-largest party in the parliament. Timo Lochocki, a political scientist at the German Marshall Fund in Berlin, told Science before the election that AfD’s appeal comes from nationalistic rhetoric rather than its policies on science and higher education. When it comes to scientific issues, the AfD holds skeptical views on climate change and does not support Germany’s plan to phase nuclear power out of the country by 2022.