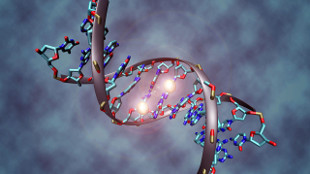 Studying mutation rates within a population in South Dakota that has for generations kept detailed genealogical records, Chicago’s Ziyue Gao and her colleagues were able to calculate the average number of recessive lethal mutations each member of the group carries. The team then extended its estimate to encompass a broader human population, and settled on a similar figure of around 0.58. This number is on par with, or even slightly lower than, previous estimates—such as those reported by Alan Bittles of Murdoch University and his colleagues in 1994 (0.56–0.7) and 2010.

This latest estimate “is probably lower than the real average for most populations, but it is in the right ballpark,” Gao said in a statement.