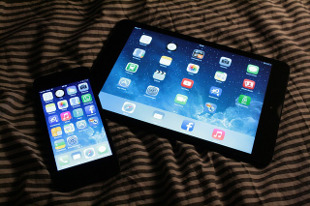 PIXABAY, NOELSCHReading from light-emitting electronic devices such as smartphones or certain tablets before bedtime can prolong the time it takes to fall asleep, disrupt the circadian clock, suppress melatonin levels, reduce the amount of rapid eye movement (REM) sleep, and affect how alert a person is the next day, according to a study published yesterday (December 22) in PNAS.

A team of sleep researchers led by Anne-Marie Chang of Brigham and Women’s Hospital and Harvard Medical School compared the effects of reading from a light-emitting device versus reading from a printed book near a light source at bedtime by monitoring 12 healthy volunteers—six men and six women—for two weeks. Comparing the light-emitting e-book readers versus traditional book readers through plasma melatonin levels and EEG analyses, among several other tests, Chang and her colleagues found evidence to suggest that “the use of portable light-emitting devices immediately before bedtime has...

“Sleep deficiency has been shown to increase the risk of cardiovascular disease, metabolic diseases like obesity and diabetes, and cancer,” study coauthor Charles Czeisler of the Brigham and Harvard told BBC News. “Thus, the melatonin suppression that we saw in this study among participants when they were reading from the light-emitting e-reader concerns us.”

The University of Surrey’s Victoria Revell, who studies human circadian rhythms but was not involved in the work, told the BBC: “People who already have a delayed body clock are delaying themselves much further and that is a very important message.”