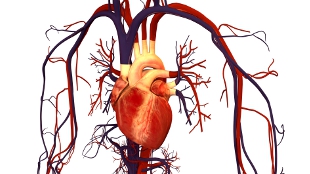 WIKIMEDIA, BRYAN BRANDENBURGThe Canadian scientific journal Experimental & Clinical Cardiology used to publish well-founded studies in the field and was widely read within the cardiology community. But since being sold and moved offshore in 2013, the journal is now publishing anything submitted along with a fee of $1,200, packaging spurious studies as serious scientific papers.

A reporter from the Ottawa Citizen provided evidence that Experimental & Clinical Cardiology has gone down the tubes by submitting a manuscript under the nonsensical title, “VEGF Proliferation in Cardiac cells Contributes to Vascular Declension.” The manuscript plagiarized the main text from a published article on HIV, replacing each mention of “HIV” with the word “cardiac,” and included blank graphs. The supposedly “peer-reviewed” journal published the paper.

Roger Pierson, a University of Saskatchewan medical professor, used stronger words to describe the decline of the journal and its sketchy publishing practices. “This seems like a good way to make an income without doing anything, and defraud the academic/scientific/medical community all at the same time,” he told the Ottawa Citizen. “The sad part is that we have to wade through this crapola . . . to get the good papers . . . It’s an enormous time waster and that time is funded, in essence, by the taxpayers of the world.”