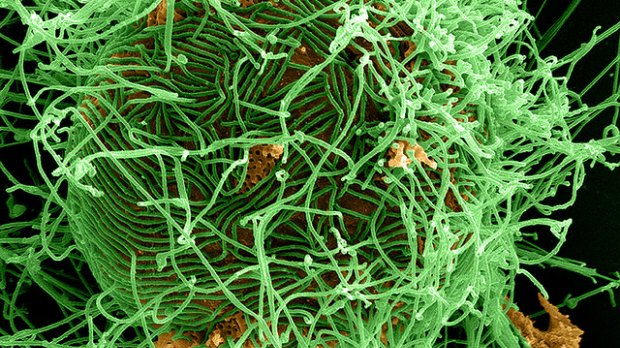 FLICKR, NIAIDEbola infections in Liberia, which had been declared free of the virus, could have stemmed from a woman whose pregnancy caused an earlier Ebola infection to resurge, Reuters reported last week (December 17).

“Ophelia [the pregnant patient] caught Ebola more than a year ago from her brother who died of a presumed Ebola infection in July 2014,” according to Reuters. “It is not known exactly how she might have transmitted the virus, which is found in bodily fluids, to her family. Despite her experiences, Ophelia is still alive.”

This theory being considered by US and Liberia researchers and the World Health Organization is not yet confirmed.

Liberia was last considered Ebola-free in September, after an epidemic struck the country and region throughout 2014 and 2015, killing 4,806 in Liberia and more than 11,000 wordlwide. But reports of infections returned in November.

The Ebola virus is known to persist...

The case of Ophelia highlights the need to continue monitoring Ebola survivors for months or years, Reuters noted. “The affected countries want to say they are Ebola-free but they need help with continuing surveillance and health care monitoring,” Jonathan Heeney, a professor of Comparative Pathology at Cambridge, told Reuters.

“Over time, we do think that everyone who survives Ebola will be completely Ebola-free,” Daniel Bausch, an emerging pathogens expert at Tulane University, told The Scientist in November.