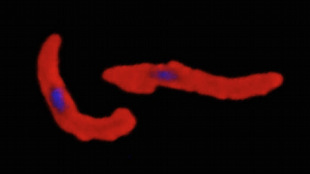 STEPHEN HOFFMAN, SANARIA INCA vaccine made from weakened malaria parasites appeared to protect participants in a small clinical trial from malaria infection, according to a study published yesterday (August 8) in Science.

“Scientists and health care providers have made significant gains in characterizing, treating, and preventing malaria,” said Anthony Fauci, director of the National Institute of Allergy and Infectious Diseases (NIAID), in a press release. “We are encouraged by this important step forward.”

Rockville, Maryland-based biotech Sanaria made the vaccine by irradiating parasite-infected mosquitoes, harvesting weakened parasites from the mosquitoes’ salivary glands, and cryopreserving them.

Researchers tested the vaccine by enrolling 57 adults in a trial carried out at the NIH Clinical Center in Bethesda, Maryland. They gave 40 subjects the vaccine in various doses, while the remaining 17 participants were controls.

None of the study participants had adverse reactions to the vaccine, and those who received...

Researchers have suspected that vaccinating subjects with irradiated whole parasites might be effective since the 1970s, when it was shown that bites from irradiated, malaria-infected mosquitoes appeared to protect people from the disease. But it has been difficult to isolate large quantities of whole, irradiated parasites.

One drawback of the vaccine is that it is delivered intravenously. Previous studies showed that simply injecting the vaccine into the skin or into the tissue beneath the skin was considerably less effective.

Nevertheless, Sanaria’s results excited the malaria research community. “The trial results constitute the most important advance in malaria vaccine development since the first demonstration of protection with radiation attenuated sporozoite immunization by mosquito bite in the ’70s,” Stefan Kappe, who studies malaria at the Seattle Biomedical Research Institute, told Nature.

The next step will be carrying out a trial in Tanzania to test whether the vaccine works against the diverse malaria strains present in Africa, Nature said.