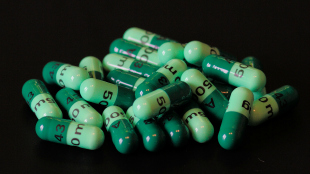 The National Strategy is a five-year plan including goals such as slowing the spread of drug-resistant bacteria; accelerating the development of new antibiotics, vaccines, and drugs; and enhancing the surveillance of antibiotic resistance. The President's Council of Advisers on Science and Technology (PCAST) also released its report outlining similar strategies.

“What’s new here is there is a highly federal focus that’s highly coordinated,” Eric Lander, the cochair of PCAST and founding director of the Broad Institute of MIT and Harvard, told CNN. “We are endorsing a variety of specific goals in order to get our arms around this problem. If we’re producing antibiotics at a greater rate...

Those in the infectious disease community appeared pleased by the attention on antibiotic resistance. “The President’s engagement and actions in fighting antimicrobial resistance are a great step forward, but follow-up with resources and leadership in implementation will be critical,” Jesse Goodman, the director of the Center on Medical Product Access, Safety and Stewardship at Georgetown University Medical Center, said in a statement e-mailed to The Scientist.

The Natural Resources Defense Council (NRDC), however, expressed disappointment in the lack of focus on antibiotic use on farms. “Just as the administration is taking steps to deal with abuse of antibiotics in humans, it must take steps to curb the overuse of antibiotics in animals, which consume about 80 percent of the antibiotics sold in the United States. Shying away from taking these needed steps will not yield the ‘substantial changes’ that PCAST says are necessary,” Mae Wu, health attorney at the NRDC, said in a statement. The FDA has spearheaded efforts to get drugmakers to change their labeling to help curb the use of antibiotics for beefing up livestock.