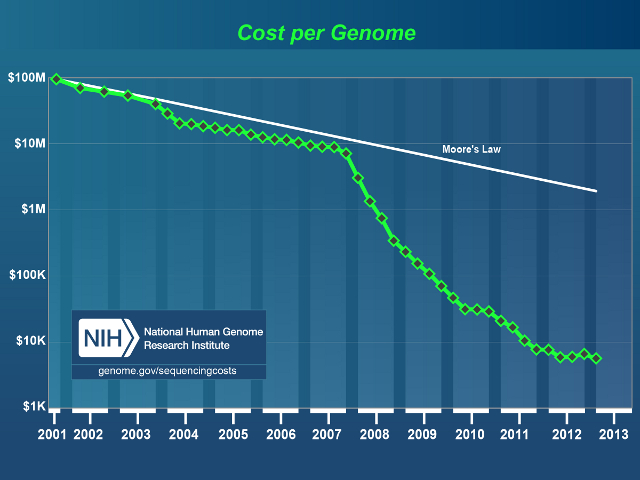 GRAPH COURTESY OF THE NATIONAL HUMAN GENOME RESEARCH INSTITUTEEveryone knows that the cost of DNA sequencing has dropped rapidly in previous years, but that slide has been slowing recently, even leveling off in the past few years, according to updated data from the National Human Genome Research Institute (NHGRI). Neil Hall, a University of Liverpool parasitologist who uses genomics in his research, wrote in a recent Genome Biology commentary that for one recent period, between April 2012 and October 2012, the cost of sequencing a human genome actually increased by $717 (12 percent) to $6,618.

“No new doors will be opened by cheaper, faster sequencing,” Hall wrote. “This means that new ideas will have a higher premium than before. . . . Also, we will have to stop promising a future of cheap genomes that will make our research relevant to the clinic.” 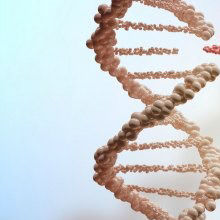 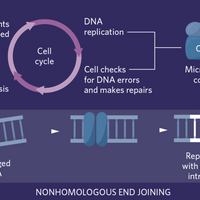 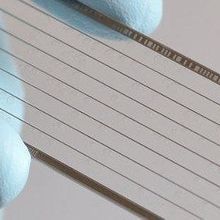