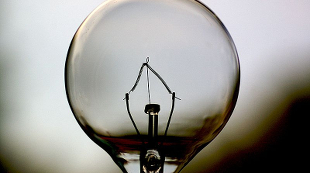 WIKIMEDIA, JEFF KUBINA will scour the genomes of 1,600 super-smart people in an attempt to find common genetic variants associated with intelligence, reported Nature. But some geneticists argue that the sample size remains too small, and intelligence too complex, for the study to produce any meaningful conclusions.

“If they think they’re likely to get much useful data out of this study, they’re almost certainly wrong,” geneticist Daniel MacArthur of the Massachusetts General Hospital told Nature.

Previous attempts to identify intelligence-related variants in the general population have failed, but behavioral geneticist Robert Plomin of King’s College London has now teamed up with the BGI (formerly the Beijing Genomics Institute) in Shenzhen to sequence DNA samples he collected from a cohort of Americans who were recruited to the Study of Mathematically Precocious Youth (SMPY) group in the 1970s. The plan is to compare the genomes of these...

But MacArthur pointed out that if the genetics of intelligence are as complicated as those of schizophrenia, or even height—in which the effects of thousands of variants combine to influence the trait—the researchers would need at least 10,000 cases and the same number of controls to detect influential variants. And if it turns out a few rare mutations produce extreme intelligence, they will be even less likely to find them in such a relatively small sample.

As the cost of sequencing continues to plummet, such larger sample sizes could one day become a reality, University of Queensland geneticist Peter Visscher told Nature. Even so, he insists, the goal of predicting intelligence from DNA is far fetched. “Even for human height, where you have samples [from] hundreds of thousands [of people], the prediction you’d get for a newborn person isn’t very accurate,” said Vischer. “That will be true for IQ for a long time to come.”