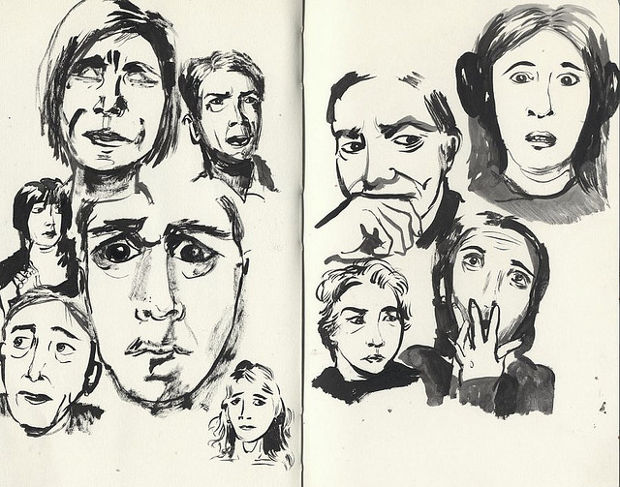 FLICKR, STEPHANIE SICOREResearchers in Europe have identified a new brain map they call the “faciotopy,” where facial characteristics such as noses, eyes, and mouths are mapped onto a region in the occipital face area, a brain region known to be involved in facial recognition, in arrangements that parallel how these features appear on a human face.

“Facial recognition is so fundamental to human behavior that it makes sense that there would be a specialized area of the brain that maps features of the face,” Linda Henriksson of Aalto University in Helsinki, Finland, told New Scientist this week (January 19).

Scanning the brains of 12 people who were viewing images of such facial parts, Henriksson and her colleagues found that specific regions within the occipital face area were active depending on which feature the participants were viewing. This faciotopy is the first brain map discovered that physically parallels the arrangement...

“We can’t help but see faces everywhere,” Rockefeller University’s Winrich Freiwald, who studies face processing systems but was not involved in the current study, told New Scientist. “Face recognition is such an important mechanism that it’s fooled by stimuli that resemble the two-eyes, nose and mouth combination”.

Henriksson and her colleagues published their work in the November 2015 issue of Cortex.