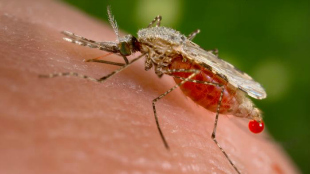 WIKIMEDIA, CDC, RSABBATINILong-term clinical trial data on a malaria vaccine announced today (October 8) show that, although the efficacy of the immunization fades over time, a substantial proportion of children can be protected from infection. The RTS,S vaccine, backed by the PATH Malaria Vaccine Initiative and the Bill and Melinda Gates Foundation, cut the number of malaria cases by nearly half in babies 5 to 17 months old. The infection rate among vaccinated newborns, 6 to 12 weeks old, was also reduced by about 27 percent. The vaccine maker, GlaxoSmithKline (GSK), has said that it will move ahead with seeking regulatory approval from the European Medicines Agency in 2014.

“It appears that the RTS,S candidate vaccine has the potential to have a significant public health impact,” Halidou Tinto, principal investigator from the Nanoro, Burkina Faso, trial site and chair of the Clinical Trials Partnership Committee (CTPC), which oversees the...

If successful in its attempts to get approval, GSK's vaccine would be the first available to help prevent a disease that kills 660,000 people each year. The vaccine does have its faults, however—namely, that efficacy appears to fade over time and only a minority of children appears to be protected.

According to The Guardian, “GSK says the vaccine will be not-for-profit—but it will add 5 percent to the cost price which will go towards further research and development work on tropical diseases.” Nevertheless, Eleanor Riley, a professor of immunology at the London School of Hygiene and Tropical Medicine, points out that economics could be a barrier. “This will only get used in low-income countries if the people who normally pay for these initiatives—NGOs and charitable foundations—do so,” she told The Telegraph.