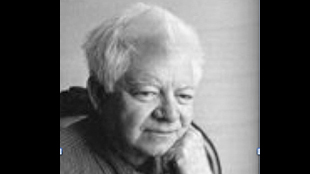 Turkish chemist and Yale Professor Emeritus Oktay Sinanoglu died last month (April 19) after hospitalization for a coma. He was 80.

Born as the son of a diplomat in Bari, Italy, in 1935, Sinanoglu grew up in Turkey and moved to the United States in 1953. He received a bachelor’s degree in chemical engineering with honors from the University of California, Berkeley, in 1956, before earning a master’s degree from MIT the following year and returning to Berkeley to complete a PhD in theoretical chemistry in 1959.

In 1960, he was appointed an assistant professor at Yale and promoted to associate professor the following year for his work on the many-electron theory of atoms and molecules. In 1963, at the age of 28, Sinanoglu earned the rank of full professor, the youngest person to do so at Yale in the 20th century. During the 1960s he...

In 1988, Sinanoglu announced “Sinanoglu Made Simple,” a research system based on his mathematical work that relied on simple pictures and periodic tables to predict how chemicals would react when combined in the laboratory. “The pictorial rules turn chemistry into a fun game,” Sinanoglu said of his invention, according to Yale News.

Sinanoglu retired as professor of chemistry and molecular biophysics and biochemistry at Yale in 1997 and continued academic duties at Yildiz Technical University in Istanbul until 2002. He remained a popular scholar in his native Turkey, where a 2001 book entitled Turkish Einstein, Oktay Sinanoglu was a bestseller, and where his books arguing for the preservation of the Turkish language were a hit.

Turkey’s President Recep Tayyip Erdogan praised Sinanoglu’s contributions to scientific research and the Turkish language in a statement, according to Daily Sabah.

Sinanoglu is survived by his wife, ex-wife, five children, and two grandchildren.