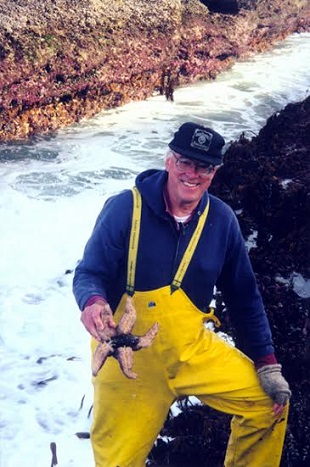 BOB PAINERobert “Bob” Paine, an ecologist and emeritus professor at the University of Washington famous for proposing the concept of “keystone species” in the late 1960s, died earlier this week (June 13) from acute myeloid leukemia. He was 83.

“His legacy is immense,” Bruce Menge, an integrative biologist at Oregon State University and one of Paine’s first graduate students, told the Associated Press (AP). “He’s had an incredible effect on the entire field of ecology, not just marine ecology.”

Born in Cambridge, Massachusetts in 1933, Paine grew up with a deep interest in the natural world, describing himself as “utterly fascinated” with ants even as a toddler, the AP reported. After earning a bachelor’s degree from Harvard University in 1954 and a doctorate from the University of Michigan in 1961, Paine took up a faculty position in zoology at the University of Washington, where he remained...

It was while working on intertidal systems in the early ’60s that Paine observed the species interactions that would lead to the concept of keystone species—organismal lynchpins that are fundamental to an ecosystem’s function. Some species, as he explained in his seminal 1966 paper and expanded upon three years later, exert a disproportionately large influence over food webs. Removing these species—as Paine did with ochre sea stars along the shore of Makah Bay, Washington—can dramatically alter community composition, and potentially reduce biodiversity as a result.

Much of Paine’s work over the next 20 years was carried out at a long-term study site on Tatoosh Island, a place he continued to visit well into his 70s. While the site was remote for some, Paine cherished the island for its coastal life and its absence of people, describing his first visit in admiring terms in 2013: “I just sat around and gawked. The place was a wonderland of pattern. . . . I said: this is where I’m going to work.”

A member of the National Academy of Sciences since 1986, Paine received numerous awards for his contributions to ecology, including the MacArthur Award for lifetime achievement from the Ecological Society of America, and the International Cosmos prize. “Generations of students and colleagues have been touched directly and indirectly by Bob’s ideas,” wrote the University of Washington’s Jennifer Ruesink in a statement. “He leaves a lasting legacy as a keystone ecologist, whose contributions—disproportionate even to his imposing biomass—influence the diversity of ideas about how to study and interpret the complex systems of the living Earth.”

Paine is survived by three daughters and a brother.