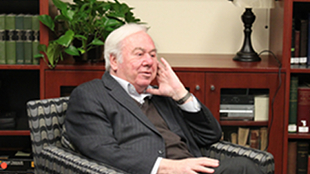 David Barker, a renowned epidemiologist and doctor, died last month (August 26). He was 75. Barker was known for his proposal that many adult diseases, such as cardiovascular problems and diabetes, are rooted during fetal development and the period just after birth.

Barker received both an M.D. and a doctorate in his native England. As a young scientist, he studied the transmission mode of the pathogen Mycobacterium ulcerans in Uganda, according to an obituary in The Guardian. In the 1980s he came up with what would be called the “Barker theory,” hypothesizing that the beginnings of chronic disease appear early on in life. His seminal study on the topic, published in The Lancet in 1989, showed that low birth weight correlated with coronary hearth disease in adults.

Barker’s ideas about the prenatal period and early life were controversial at first. “Heart disease was supposed...

But evidence supporting the importance of prenatal health and early infancy continues to build. Today, intrauterine conditions and early life have been associated with risk of high blood pressure, stroke, Type 2 diabetes, breast and ovarian cancers, and more.

“David Barker's work sparked a revolution of thought that is building momentum to this day,” Kent Thornburg, Barker’s colleague at the Oregon Health and Science University, said in an obituary published by the school. “His finding that growth patterns before birth predict a person's vulnerability for chronic disease has prompted the National Institute for Child Health and Human Development to put the topic at the top of their list for promising areas of research that will change our understanding of human disease.”