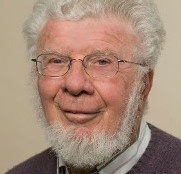 STANFORD UNIVERSITY SCHOOL OF MEDICINELeonard Herzenberg, the Stanford University School of Medicine geneticist who in 2006 won a Kyoto Prize for his work to develop the first fluorescence-activated cell sorter (FACS), died October 27, less than one month after having suffered a severe stroke. He was 81.

“The FACS technology was transformative to many fields, and is still regularly used today 30 years after its development,” Stanford’s Michael Snyder said in a Stanford obituary published last week (October 31).

Among his many achievements, Herzenberg is also remembered for his role as a mentor. Paula Kavathas, one of Herzenberg’s former trainees...

Herzenberg is survived by his wife and long-time collaborator Leonore, four children, and four grandchildren.