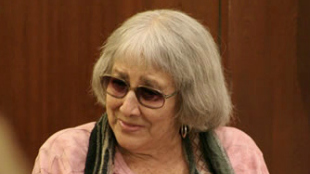 WIKIMEDIA, U.S. DEPARTMENT OF LABOREugenie Clark, a marine biologist credited with profoundly contributing to researchers’ understanding of sharks, has died. She was 92.

Throughout her career, Clark held positions at the University of Maryland, Mote Marine Lab in Sarasota, Florida, and the Scripps Institution of Oceanography.

Robert Hueter, the director of Mote’s shark research center, told The Washington Post that Clark’s work in the 1950s—showing that sharks could learn visual tasks quickly—“was the first demonstration of sharks’ intelligence. Before, people thought these were primitive, dim-witted animals, and she showed they were capable and had an important role in the marine environment.”

Clark was a prolific diver, a popular author, and an advocate for her research subjects. Her adventurous life included 71 deep-sea submersible expeditions, a piggyback ride on a pregnant whale shark, and teaching the emperor of Japan to snorkel. At age 85, Clark told the Sarasota Herald-Tribune:...

“She never outgrew this absolute fascination of looking and seeing and observing under water,” David Doubilet, an underwater photographer who worked with Clark, told National Geographic. “Even when I was a younger man and she was older, I couldn’t keep up with her. She moved with a kind of liquid speed underwater.”

Clark is survived by four children.