PUBLICDOMAINPICTURES, GEORGE HODANUpdate (March 13): STAT News reports that some current and former Columbia students and postdocs have signed a petition urging the university to be more transparent about Jessell's infractions, and to put in place stronger protections for graduate students and postdocs.

Columbia University removed neuroscientist Thomas Jessell from his posts yesterday (March 7), The New York Times reports. The university says in a statement that “[t]hese decisions follow an investigation that revealed serious violations of University policies and values governing the behavior of faculty members in an academic environment,” but did not specify the nature of the violations. The Howard Hughes Medical Institute (HHMI), which had employed Jessell as an investigator since 1985, has also terminated him, according to Science.

Jessell is known for his work on how neurons control movement, according to the Times. He co-directed Columbia’s Kavli Institute and its Mortimer B. Zuckerman Mind Brain Behavior Initiative (MBBI) and was a past winner of the Kavli Prize for Neuroscience. Science notes that one of his former trainees, Marc Tessier-Lavigne, is now president of Stanford University.

As for Jessell's lab, the university’s statement says it “will fulfill its responsibility to close the lab in a manner that both preserves valuable research and helps those involved to continue to pursue their careers.”

Correction (March 9): The original version of this article cited information from the Columbia Daily Spectator that the future of the MBBI is in doubt as a result of Jessell's departure. According to a Columbia spokesperson, that information is not correct. It has been removed from the Daily Spectator's article. The Scientist regrets the error. 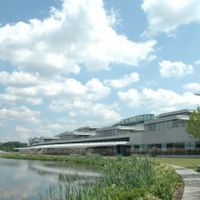