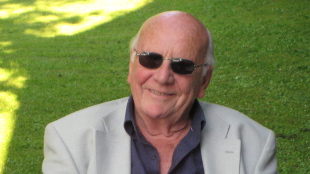 BOWMAN FAMILYBill Bowman, whose work led to improvements in general anaesthetics, died July 18. He was 83. Bowman founded the U.K.’s Strathclyde University pharmacology department in 1966. He continued his research—working to understand muscle-relaxing drugs and developing safer alternatives—there in Glasgow until he was named vice principal of Strathclyde, and later retired, after 30 years with the university. Among his achievements were the development of both vecuronium and rocuronium, which today are two of the most widely used muscle relaxants in anesthetic practice. Throughout his career, Bowman was a visiting professor at several institutions across Australia, Canada, Europe, and the U.S., and served on government drug safety committees and more than a dozen editorial boards.

“We have lost an inspirational teacher, a brilliant lecturer, a walking encyclopedia of pharmacology and a mentor to numerous pharmacologists around the globe,” wrote Bowman’s colleagues Jim Parratt, Brian Furman, and Peter West in...

According to The Guardian, Bowman’s true calling was academic research. When he took on administrative roles at the university, he reportedly said: “Someone has to take a turn at these chores, but nothing beats contact with students and getting your hands dirty at the laboratory bench.”

Bowman is survived by two children and four grandchildren.