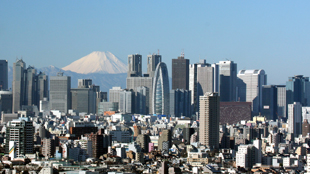 Japanese scientists have expressed serious concerns about Prime Minister Shinzo Abe’s proposal to create a Japanese version of the National Institutes of Health that would coordinate research efforts across several ministries. Abe’s Growth Strategy—a plan for kick starting the country’s economic growth—includes an emphasis on expanding “the commercialization of innovative medical technologies.” The plan also calls for revising regulations to speed the approval of new drugs and medical devices, as well as changes to patent law and tax incentives to spur research commercialization.

A day before the draft plan was released last week, the heads of more than 50 life-science academic societies released a statement supporting the creation of an NIH-like funding agency to support biomedical research. However, the society chiefs also expressed concerns about Abe’s proposal. Their statement (in Japanese here) called for three provisions to the plan: the preservation...

At a press conference last week, Akira Amari, minister for economic revitalization, addressed concerns raised by the scientific community. “I would like to stress that we have no intention to try to tie down the people who are involved in very fundamental research,” he said.

Amari also said he has been approached by scientists who tell him that their work “is beginning to show some signs of eventually having some kind of possible commercial application,” but that they are not quite sure what steps to take to move in that direction. “We need to try to help these people,” he said, citing the possibility of collaborations between scientists in industry and academia. “It is very important to have someone in [a research] group who can look at the industrialization or commercialization aspects and provide some direction to the research,” he explained.