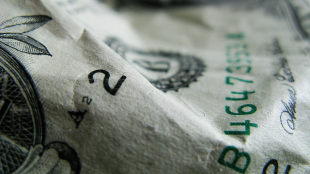 WIKIMEDIA, PEN WAGGENERAfter a tough year in which sequestration forced across-the-board cuts for science funding agencies in the U.S., it looks like next year won’t be much better. President Obama’s proposed 2015 budget, unveiled yesterday (March 4), asks for a fraction of a percent increase in funding for the National Institutes of Health (NIH), and a one percent boost in funding for the National Science Foundation (NSF).

Advocates for science research were somewhat disappointed by the modest requests. “Any funding increase in times of austerity is of significant benefit for the community,” said Benjamin Corb, the public affairs director for the American Society for Biochemistry and Molecular Biology, in a statement. “However, members of the community are feeling the budget crunch, and are concerned that the President’s request for the NIH is still below pre-sequester levels of funding for the agency. The scientific community still needs help...

Kevin Wilson, the director of public policy at the American Society for Cell Biology, did not mince words. “There’s not enough money to do anything interesting,” he told Nature News.

If approved, the President’s budget calls for $7.3 billion for NSF and $30.4 billion for NIH. NIH director Francis Collins told reporters that “nobody would have expected . . . a big bump up for NIH.” Energy efficiency and renewables research could get a substantial boost of 22 percent, while fossil fuel research will likely take a hit.

Bernice Johnson (D-TX), a ranking member of the House Committee on Science, Space and Technology, said in a statement that the President’s proposal is “a realistic, yet bold plan for action.” However, she took issue with the fact that some agencies could face budgets cuts, including NASA. The budget request “fails to even meet the 2014 enacted funding level and, if enacted, will hinder the agency’s performance in the coming years.”