The United States scored slightly above average in a worldwide assessment of how coastal nations contribute to the health of the world’s oceans, assigned by a group of more than 30 researchers from around the globe. On a 0–100 scale, the U.S. scored 63, three points above the average Ocean Health Index of 60. The full analysis, published this week in Nature, points to recreation and tourism as being among leading concerns.

“When we conclude that the health of the oceans is 60 on a scale of 100, that doesn’t mean we’re failing,” coauthor Karen McLeod, an ecologist at Oregon State University, director of science at COMPASS, said in a press release. “Instead, it shows there’s room for improvement, suggests where strategic actions can make the biggest difference, and gives us a benchmark against which to evaluate progress over time. The index allows us to track what’s happening to the whole of ocean health instead of just the parts.”

Indeed, the study is one of the most comprehensive analyses ever performed to assess the global state of the world’s oceans, ranking nations in 10 separate categories, including clean water, biodiversity, carbon storage, and coastal protection. The highest score was given to the uninhabited Jarvis Island in the South Pacific, which received an 86. On the other end of the spectrum, Sierra Leone scored a mere 36. In general, countries in West Africa, the Middle East, and Central America tended to score lower than countries in Northern Europe, Canada, Australia, and Japan. This could have been expected, given that developed countries have more resources for protection and much of the damage to marine resources occurred in the distant past, whereas damage is often ongoing in developing countries, which hurts their scores.

And the scores did not only take into account current conditions, but were based on assessments of sustainability as well. "It's focusing us on the trends," Margaret Caldwell, a lawyer at Stanford University who directs the Center for Ocean Solutions, and who was not involved in the analysis, told ScienceInsider. "That is really important." 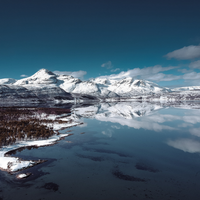