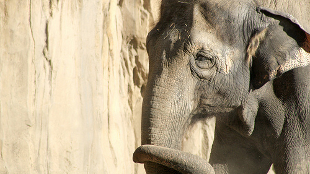 An Asian elephant (Elephas maximus)FLICKR, ARRAN ETSequencing proteins collected from an old specimen of a fetal elephant, examined by Carl Linnaeus in the mid-18th century, has revealed that the founding father of modern taxonomy got it wrong: what he called the type specimen of the Asian elephant is actually a baby African elephant, according to a study published this week (November 4) in the Zoological Journal of the Linnean Society.

Linnaeus acquired the specimen after convincing King Adolf Frederick of Sweden to purchase it for his personal collection. “I am pleased that the little elephant has arrived. If he costs a lot, he was worth it. Certainly, he is as rare as a diamond,” Linnaeus wrote in a letter to a friend dated May 18, 1753, according to Nature.

The taxonomist described the fetus in his life’s work—Systema Naturae, published in 1735—as...

A century later, Anthea Gentry, a mammals curator at the London Natural History Museum, decided to investigate further, but the animal’s DNA proved too degraded to yield conclusive evidence. Even ancient-DNA expert Tom Gilbert at the University of Copenhagen was unable to get a good read. So Gilbert and his colleague Enrico Cappellini turned to the elephant’s proteins, which were more stable. Sure enough, the sequence of a protein collected from the specimen’s esophagus matched the protein of the African elephant, not of the Asian variety.

“This is first and foremost a really cool science detective story,” Kris Helgen, a mammals curator at the Smithsonian Institution in Washington DC, told Nature.

The study also “demonstrates the power of studying ancient proteins,” Nature reported, noting that protein sequencing “could push the molecular fossil record back millions of years, as well as revealing biological insights that cannot be gleaned from genetic material alone.”