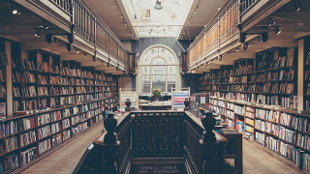 In the wake of a report released last week (August 28) in Science, which showed that just 39 percent of 100 studies published in 2008 in the top three psychology journals could be successfully reproduced, researchers are ready to clean up the field’s literature. The results come from a collaborative effort of 270 scientists working for The Reproducibility Project based at the Center for Open Science in Charlottesville, Virginia.

“It’s like we’ve come clean,” Alan Kraut, the executive director of the Association for Psychological Science, told The New York Times. “This kind of correction is something that has to happen across science, and I’m proud that psychology is leading the charge on this.”

According The New York Times, the study authors noted that the lack of reproducibility for more than 60 percent of the studies was not linked to fraud or misconduct, but rather may...

“This project is not evidence that anything is broken. Rather, it’s an example of science doing what science does,” study coauthor Cody Christopherson, a psychology researcher at Southern Oregon University, told Smithsonian Magazine. “It’s impossible to be wrong in a final sense in science. You have to be temporarily wrong, perhaps many times, before you are ever right,” he added.

Study coauthor Brian Nosek, a psychologist at the University of Virginia, told The Verge that the incentive to publish novel findings likely contributes to irreproducible results and discourages attempts to reproduce existing work. “If this occurs on a broad scale,” he said, “then the published literature may be more beautiful than reality.”