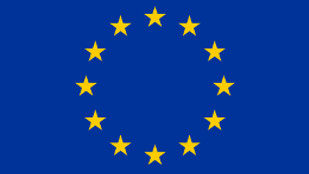 WIKIMEDIASeventy-seven percent of European Union (EU) citizens agree that science and technology are beneficial to society, according to a public opinion poll conducted by the European Commission. But across the E.U., Eurobarometer poll respondents indicated they lacked information about developments in these technical fields. While 53 percent of all poll respondents said they are interested in science and technology developments, only 40 percent indicated they felt adequately informed about them.

EU citizens polled also made clear that they trusted university or government scientists, with 82 percent indicating that they felt these researchers strive to uphold society’s best interests when making decisions about science and technology. Eight-one percent said they trusted environmental protection associations to do the same. Poll respondents were less inclined to trust government representatives with these decisions: 44 percent said federal officials “are the least likely to be seen as trying to behave responsibly in this area,”...

“The results of this survey show that Europeans support the role of science and technology in society, but at the same time expect scientists and politicians to ensure that their values and concerns are taken into account,” EU Research, Innovation and Science Commissioner Máire Geoghegan-Quinn said in a statement. “We now need to step up our efforts to enter into dialogue with society about science.”

In follow-up efforts, the European Commission said it is launching pan-European focus group research with citizens and stakeholders under the Science in Society Programme. “These activities identify the expectations of citizens and stakeholders with regard to science, technology and innovation, which will help the Commission to shape policies and set priorities,” the organization said.