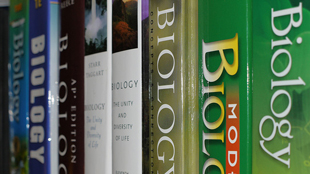 Springer-Verlag, an international science, technology, and medicine publisher, appears to have had plans to publish a book in favor of intelligent design. On Monday (February 27), evolution blog “The Panda’s Thumb” pointed out Springer’s forthcoming book, Biological Information: New Perspectives, which claims to present “new perspectives regarding the nature and origin of biological information.” Among the book’s authors is intelligent design advocate John Sanford, a courtesy associate professor in Cornell University’s department of horticulture.

Information about the book has since disappeared from Springer’s website (but can still be viewed on Amazon.com). The book proposal was initially peer-reviewed by two individuals, according to Eric Merkel-Sobotta, executive vice president of corporate communications at Springer in Germany, but upon receipt of the manuscript, the editors have decided to do additional peer-review, which is now underway, Merkel-Sobotta told Inside Higher Ed. Springer was unaware of the editors’ roles in...

Such potential publications pose a problem for scientific literacy, Glenn Branch, deputy director at the National Center for Science Education, told Insider Higher Ed, because “once published, they can claim that scientific authority is behind them.” Several Springer authors are drafting a letter of protest to the publisher, the website reported.