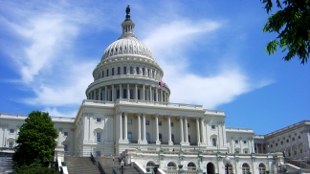 Dozens of scholarly journal publishers have voiced their opposition to an open access bill in the US Congress. The bill, called the Federal Research Public Access Act (FRPAA), would require any research supported by federal money to be deposited in a publicly accessible online repository within 6 months of publication.

"FRPAA is little more than an attempt at intellectual eminent domain, but without fair compensation to authors and publishers," said AAP president and CEO Tom Allen in a statement. In addition to putting their own bottom...

The AAP aired this anti-FRPAA sentiment about a week after its largest member, Elsevier, dropped their support of a parallel anti-open access bill, the Research Works Act, which would have made policies that require making published, federally funded research freely available illegal. Just a few hours later, the bill met an untimely death in a House committee.