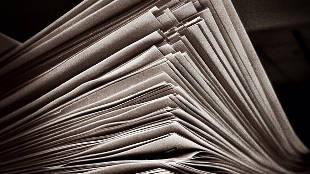 FLICKR, JENNI CThe founders of the postpublication peer review website PubPeer today (August 31) announced the creation of a nonprofit, called the PubPeer Foundation, and divulged their identities. Neuroscientist Brandon Stell, coleader of the Brain Physiology Lab at the University of Paris, is one of three people behind the controversial forum. Richard Smith, who briefly worked in Stell’s lab as a graduate student, and web developer George Smith—Richard’s brother—are also cofounders, according to Science.

In their latest venture, Stell and the Smiths are joined by neuroscientist Boris Barbour of École des Neurosciences Paris Île de France (ENP) and Institut de Biologie de l’École Supérierure (ENS), as well as San Francisco patent attorney Gabor Brasnjo; Barbour and Brasnjo will serve along with the PubPeer cofounders on the board of directors of the new nonprofit, which was registered in California in December.

“The overarching goal of the Foundation is to help improve the...

Stell told Science that he got the idea for PubPeer at journal clubs he attended as a student at the University of Colorado, Boulder. He was curious to know how the authors of a paper would respond to all the criticism raised during postpublication discussions. In late 2012, after completing his PhD at the University of California, Los Angeles, and moving to Paris, Stell launched PubPeer. “We didn’t know how the site was going to develop, what it was going to be,” said Stell. “I wasn’t sure I wanted my name attached to it until I had any confidence where it was headed.” Today, the site has accrued more than 35,000 comments and gets some 300,000 monthly page views.

“During the summer leading up to the initial launch of PubPeer . . . we started to see more clearly the potential impact the site could have on science and we still expect bigger things for PubPeer in the future,” Stell told Retraction Watch. “We hope that the PubPeer Foundation will provide us with more opportunities to develop the site in ways that will help grow the community of post-publication peer reviewers and further encourage quality science.”