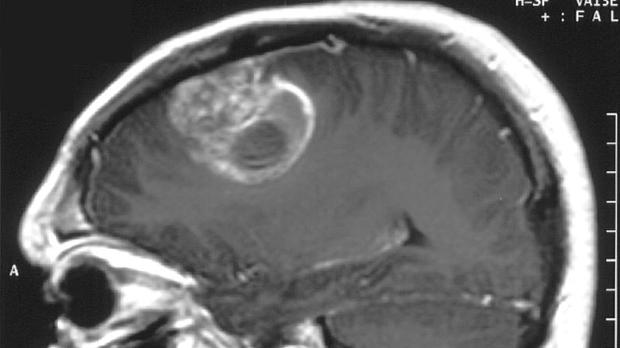 A radiographic image of glioblastomaWIKIMEDIA, CHRISTARAS AA paper published by Cancer Cell in 2012 is under investigation by the journal after one of its authors posted a message on the post-publication peer review website PubPeer indicating that there was some mistake with one of the Western blot images, according to Retraction Watch. The paper, which reported the relationship between tumor-propagating cells and glioblastomas, included several Western blots, some of which appeared to have duplicated bands, typically a sign of image manipulation.

Last month, an anonymous PubPeer user posted one of the paper’s Western blot images on the site. Study coauthor Angelo Vescovi, a biologist at the University of Milan-Bicocca in Italy, responded right away, posting this comment to PubPeer: “The authors at Cancer Cell have been informed of this mishap. There were technical problem with the scanned picture database that led to misclassification of scanned plates...

“We are aware of the concerns raised regarding the Binda et al. paper published by Cancer Cell in 2012, and they are currently under investigation by the journal,” a Cell Press spokesperson told Retraction Watch. “We do not think it would be appropriate to comment further until the investigation is concluded.”

A dust up ensued on PubPeer, with critics of the paper and Vescovi volleying comments back and forth.