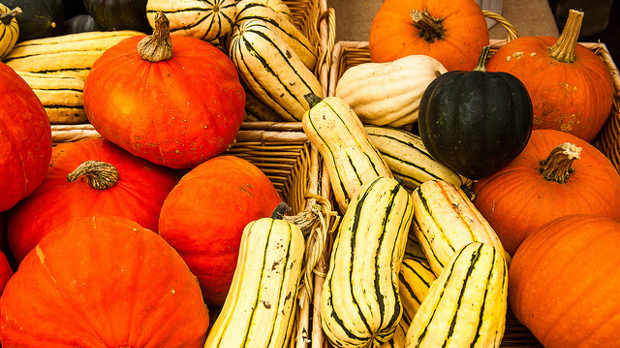 FLICKR, PAUL VANDERWERFThe ancestors of modern pumpkins and gourds were large, bitter, and covered in a thick rind. Their seeds were dispersed by megafauna such as the mastodon, which could break them apart and tolerate their toxic defense chemicals. So as these megabeasts went extinct, why didn’t the plants follow? The answer, according to a study published in PNAS this week (November 23), might be people.

A genetic analysis of wild and domestic squash revealed that, starting around 10,000 years ago, ancient humans began to domesticate the plants. The patterns of diversification also suggested that many of the plant lineages have been lost, likely due to the loss of the world’s largest mammals. And finding a replacement seed disperser wouldn’t have been easy, given the fruits’ bitter—and toxic—inside.

Defensive chemicals called cucurbitacins can be lethal to small mammals; only very large animals are big enough to tolerate or metabolize...

But Kistler speculated that as ancient hunter-gatherers started to find individual squashes with tolerable levels of cucurbitacins, they would have inadvertently sown their seeds, selecting for less-bitter varieties. “They formed a symbiotic relationship with humans, who acted as substitute dispersers and provided a growth habitat,” Kistler told National Geographic’s Not Exactly Rocket Science. “They also became more palatable, and their rinds became softer.”