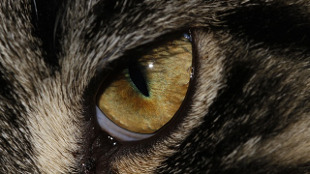 Slit-shaped pupils help animals adjust their eyes to see clearly day or night, but that attribute doesn’t explain why some animals have horizontal slit pupils and others have vertical ones. A study published last week (August 7) in Science Advances suggested that pupil orientation is related to an animal’s eating or hunting habits.

“People had been saying that the horizontal pupil helps expand the horizontal view of the ground, they just hadn’t shown that,” study coauthor Martin Banks of the University of California, Berkeley, told The New York Times. “Our contribution was to build a model and show that that happened.”

Banks and his colleagues analyzed the eyes of 214 land animal species and found that those with slit pupils roughly fell into two groups: vegetarian animals that tended to have horizontal pupils and ambush predators that hunt close to the ground, which tended to have vertical...

Using computer simulations, the researchers observed that when the pupil is horizontal, more light enters the eye from the side than from above or below, which, they concluded, may be useful for keeping watch for predators. They determined that a vertical pupil would facilitate depth perception and focus.

“There are so many exceptions to the rules the authors think to have discovered, that there must be much more to pupil shape than being predator or prey, big or small,” Ronald Kröger, a biologist from Lunds University in Germany told The New York Times.

Banks told Science News that the hypothesis represents just one force of many on the evolution of vision.