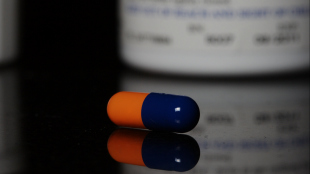 FLICKR, SAM_CATCHThe results of medical experiments on humans often never make it into the public arena, but drug regulators in Europe and the U.S. have been pushing for more—and speedier—reporting by drug developers. In the latest move by the U.S. National Institutes of Health (NIH) and Food and Drug Administration (FDA), the agencies proposed more expansive requirements for clinical trial data to make it into the online trial repository clinicaltrials.gov.

“To honor [trial] participants’ selfless commitment to advancing biomedical science, researchers have an ethical obligation to share the results of clinical trials in a swift and transparent manner,” NIH Director Francis Collins and Deputy Director Kathy Hudson wrote at the NIH Director’s Blog. “Unfortunately, the timely public reporting of results has not been consistent across the clinical trials enterprise.”

According to the NIH, of the 178,000 clinical trials registered at clinicaltrials.gov, just 15,000 summary results have been published...

There is some concern, however, that existing rules aren’t currently enforced. According to Nature News, Jennifer Miller, a bioethicist at Duke University, has found that the results of most trials, even studies of approved drugs, aren’t reported on clinicaltrials.gov. “If you were going to expand or enhance [the current rules], you would think there would be considerations around monitoring and enforcement of the existing law,” Miller told Nature News.