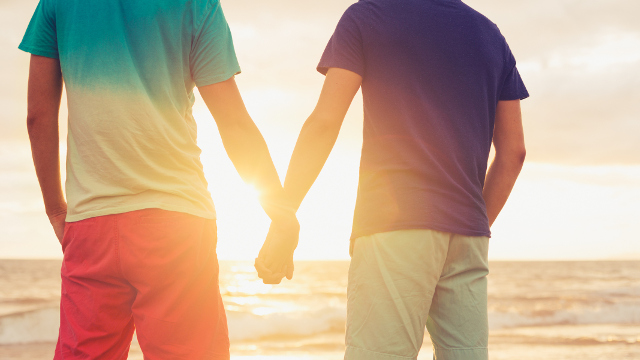 ISTOCK, EPICSTOCKMEDIAScanning the genomes of 1,077 homosexual men and 1,231 heterosexual men, researchers identified several genetic regions with multiple single nucleotide polymorphisms (SNPs) that segregate between the two groups. But the findings, published today (December 7) in Scientific Reports, have been met with severe criticism.

Two loci had particularly strong associations, according to the report: a section of chromosome 13 near the gene SLITRK6, which is primarily expressed in a brain region called the diencephalon that has previously been found to vary in structure between gay and straight men; and a section of chromosome 14 near the gene for thyroid stimulating hormone receptor (TSHR), which coincides with reports that have linked homosexuality with atypical thyroid function.

“Understanding the origins of sexual orientation enables us to learn a great deal about sexual motivation, sexual identity, gender identity and sex differences, and this and subsequent work may take us further down...

Many researchers expressed skepticism about the results. “This study is way, way, way too small to draw any meaningful conclusion,” Jeffrey Barrett of the Wellcome Trust Sanger Institute says in a statement for Science Media Centre (SMC). “None of their findings meets the accepted thresholds for statistical significance in a genome-wide association study (which is why it is published in Scientific Reports). The comments about SLITRK6 and TSHR are utter speculation, and don’t belong anywhere near a modern genetic study—we had decades of such claims that never held up because they didn’t meet statistical significance.”

“The researchers have found weak evidence for genetic variation that influences self-reported sexual preferences in men. However, the sample size is small, the results have not been replicated in an independent study and the level of evidence presented doesn’t meet the threshold of significance typically required within the field,” agrees Gil McVean of the University of Oxford in a statement for SMC. “The press release is appropriate, but I don’t think the work would have been published if it were on a less controversial topic. It is—at best—preliminary.”

See “Going Beyond the Lab”