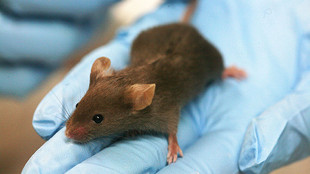 WIKIMEDIA, RAMAUnwanted memories associated with drug use can sometimes lead to relapse. But scientists have shown it may be possible to selectively erase methamphetamine-related memories in mice and rats through depolymerizing actin in the amygdala, according to a paper published yesterday (September 10) in Biological Psychiatry.

The scientists taught mice and rats to associate methamphetamine with various stimuli. Then, after the rodents consolidated their drug-related memories, the scientists infused some of the animals’ amygdalas with an actin-depolymerizing agent and then tested their behavior when exposed to drug-related stimuli. The control mice showed signs of methamphetamine-related memories, while mice with inhibited actin polymerization did not respond to the stimuli. The treatment mice did not experience global memory loss, however; they still responded to stimuli associated with food rewards or electric shocks.

The researchers chose to depolymerize actin because F-actin is known to be important for rapid changes in neural...

“We are focused on understanding what makes [drug-related] memories different,” study coauthor Courtney Miller, a neurobiologist at The Scripps Research Institute in Jupiter, Florida, said in a press release. “The hope is that our strategies may be applicable to other harmful memories, such as those that perpetuate smoking or PTSD [post-traumatic stress disorder].”