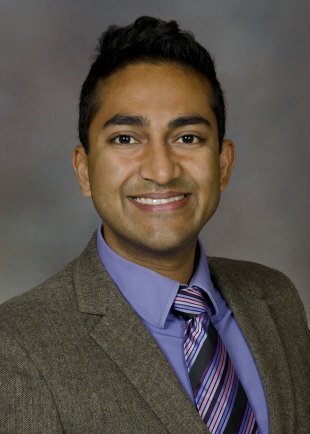 VINAY PRASADMedical reviewers at the US Food and Drug Administration (FDA) decide which drugs make it to market. An analysis of 55 FDA reviewers who approved blood and cancer drugs between 2006 and 2010 found that a substantial number of these individuals went on to work for the industry they were previously regulating.

Vinay Prasad, a hematologist-oncologist at Oregon Health & Science University (OHSU) who coauthored the study with OHSU medical resident Jeffrey Bien, said the results are concerning. Given the possibility of career advancement by moving to industry, Prasad said, “it may make you more likely to want to be agreeable, to get along, to move things through.”

Prasad and Bien’s analysis, published in The BMJ today (September 27), found no impropriety. In an email to The Scientist, an FDA spokesperson said the agency has numerous policies in place to protect against potential conflicts of interest. “Federal laws and FDA ethics rules cover issues like outside employment, avoiding real and apparent conflicts of interest, recusals, disclosure requirements, protecting confidentiality, a ban on gifts from regulated industry, and avoiding conflicts should a federal employee choose to seek or negotiate outside employment.” Additionally, senior officials can’t go straight from the FDA to an industry job, but have to wait for a certain period.

The Scientist spoke with Prasad about his study.

The Scientist: What did you find in your analysis of former FDA reviewers’ subsequent employment?

Vinay Prasad: Using the publicly available medical reviews, which are published only for the drugs that are approved—we don’t have data for drugs that are unapproved, and, in fact, those are considered proprietary information—we still nevertheless could find 55 people who were medical reviewers within a decade at the FDA. We followed them out into the future and we asked, ‘Where are they now?’

TS: What do you make of these results?

VP: I think they’re cause for concern. I think the concern is a nuanced concern. Somebody said [to me], ‘Do you think that the people leaving are colluding with the drug company and planning with them before they leave?’ I don’t think that’s happening. Maybe that’s a bit paranoid.

But what I think is happening is we are all ultimately human beings and we are all susceptible to the same implicit biases. [FDA reviewers] frequently have phone calls with people from the industry. They frequently have meetings with people from the industry whose applications they are reviewing. There’s a lot of personal contact. And when you’re having this personal contact and you’re reviewing this application and somewhere in the back of your mind you know that, hey, if you ever want career advancement, better salary, to move on from the FDA, you may be working for this or another company. I think it may play a role in your decision-making. It may make you more likely to want to be agreeable, to get along, to move things through.

[You may be] less likely to really put your foot down, to be a stickler for some detail, to be perceived as a tough regulator. There are regulators who do make the news because they are vocal critics of one drug or another. The fact that if 60 percent of people are going to work for the industry, you may stifle that. Even it’s not like a conscious stifling, even subconsciously you may want to get along a little bit better. And I think that’s what I worry about.

TS: Is being a reviewer thought of as a stepping stone to a career as an industry executive?

VP: Anecdotally, those of us who follow this field, we know people who . . . think of going to the FDA or go to the FDA with the idea that they’re going to use it to leverage an industry career. But again, here we don’t know to what extent that happens. I would agree with you that I would not be surprised if at least some people went in with that idea.

I’ll also say I’m very sympathetic with people who do go to industry. Because, let’s look at what we’re talking about: we looked at their degree status. Most of these people are providers. They’re a registered nurse or the vast majority are physicians. And a lot of them had advanced training in oncology, so these are doctors who a lot of them could go into practice and treat patients with cancer. They could make salaries maybe double what they’re making at the FDA. If they wanted to they could go to the industry, and that’s probably why they go to the industry, their salaries are much better.

The last thing I would say is, how much career advancement can there be at the FDA when there are only a few really top positions?  . . . I see why people do leave. I don’t blame them for wanting to leave. But we need to recognize that this is happening and at a fairly frequent rate.

TS: What should be done about potential conflicts of interest at the FDA?

VP: There’s going to be no easy fix. But there are probably a few things that are reasonable. One would be, we should consider some moratorium period. In many careers people are not allowed to take jobs in certain sectors after they leave on job.

I think a second thing to talk about is we think it’s a good thing for regulators to have greater and greater contact with people in the industry because they can resolve miscommunications, they can all be on the same page. But we should also be open to the idea that there are unintended consequences. It’s much harder to decline [a job] application from somebody you know well than somebody you don’t know at all. . . . Maybe you do want some degree of independence within the agency. Maybe there should be some reviewers who meet with the company but others who don’t meet and provide an independent assessment of drugs.

TS: Is one solution paying FDA reviewers like they might be paid in medical practice? [Current medical officer positions open at the FDA pay between $87,000 and $113,000 per year. According to Medscape’s 2015 compensation report, oncologists in the U.S. earn an average of $302,000 annually.]

VP: Yes. I’m a big proponent that we have to pay regulators more. We have to pay them more, like, comparable to what they make in the industry so they have more incentive to stay. They are underpaid. And their job is too important to be underpaid.

TS: It’s interesting that, in your study sample, you didn’t find many FDA reviewers going into academia.

VP: It was a tiny sliver. I think we found two. I guess I am a little surprised by that because actually, academia would really benefit from people [with regulatory experience]. I’ll give you a good example is a psychiatrist named Erick Turner, who used to be a reviewer at the FDA and he became faculty here at OHSU and he published a very influential paper in the New England Journal [of Medicine] about unpublished studies. That put unpublished studies on the map. People realized there are all these unpublished studies and actually if you look at them it matters. That’s a great example of somebody taking what he learned at the agency and really putting it to use in academics.