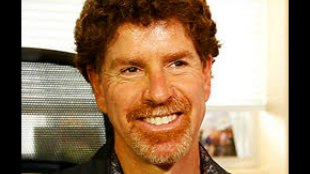 The Scientist called up Mark Sussman, whose San Diego State University–based lab presented on a number of studies on improving cell therapy, to get his take on this year’s hot topics.

The Scientist: Your presentations have a theme of looking for the characteristics of optimal regenerative capacity of cardiac progenitor cells. Can you discuss some of your results?

Mark Sussman: A big challenge in the field right now is the recognition that the efficiency of the process is relatively poor. A lot of the cells that we put into the heart either die within a very short period of time or get flushed out. And a...

[Our] study involving CardioClusters is a way to take different cell types and combine them together into a discrete entity that we can then inject as a group. So rather than having dissociated cells individually delivered, out of context and not really having a clue who their neighbors are and where they’re going, we assemble cells in a three-dimensional sphere, which we call a cluster, in vitro. . .We take that entire cluster . . . and find if we directly inject them into [mouse] myocardium, they stay as clusters themselves.

So if you wanted to be simplistic, it’s like we’re creating an artificial stem cell niche in a dish and then introducing the stem cells as a niche into the heart, which would help them to communicate with each other better, give them a context so they’re not completely dissociated and lost when they’re introduced, and hopefully persist better and provide for better regeneration and repair.

TS: This is very different from the idea of a paracrine effect. Your idea is that there would be actual engraftment and proliferation of the cells?

MS: Right, because the same issue is present with the paracrine factors and exosomes that people deliver. They have very short half-lives. . . . I’m not a real smart guy, but I always thought if you have something you put in and in a day you can’t find it, doesn’t it make sense that if it stuck around for three days or five days or a week or two weeks you’d expect a much greater effect?

What we’re trying to do is to introduce cells, rather than their soluble factors, and have those cells actually become part of the resident myocardium as opposed to a lot of studies which are saying, we introduced cells, they barf out a bunch of factors that we’re not sure what all of them are and how they work, but there’s some long-term benefit that’s conferred to the resident tissue that takes weeks to evolve.

TS: Last thought about cardiac cell therapy: the clinical results have been mixed, and modest at best. What do you think are sound, alternative approaches?

MS: If you want to activate endogenous regenerative responses, you’re kind of limited in terms of your options right now . . . so you’re either an advocate of using iPS [induced pluripotent] cells, ES [embryonic stem] cells, adult stem cells, autologous versus allogeneic cells, and then various cell subtypes, whether they’re mesenchymal stem cells, ckit+ cardiac regenerative cells, endothelial cells. And none of them—and I mean none of them—or their derivatives at this point have shown really profound capabilities of restoring or regenerating new myocardial tissue.

The field, as divided as it is about how to go forward, at least everyone agrees there is reason to go forward, because there is something happening and it does show promise, but it is extremely inefficient.

TS: What have been some of your favorite presentations this year?

MS: There’s some interesting work coming out of Miami, Josh Hare’s group. They’re doing combinatorial cell therapy where they’re putting in cardiac progenitor cells along with mesenchymal cells. I think that’s a really innovative and creative idea. . . . Maybe by mixing multiple cell types together and delivering them concurrently you can get a synergistic effect between two different cell types that would be better than either one by itself.

I also think there’s a lot of interest and excitement in understanding where the new myocytes are coming from. Where are the new muscle cells forming? Are they coming from stem cells? Or are they coming from preexisting myocytes that are undergoing a replication event? A lot of questions that were pretty much put to bed and thought to be asked and answered when I was in school are being stood on their head. You were taught that once a myocyte formed it doesn’t divide anymore. There is a fair amount of evidence now to suggest that myocytes, when they form, have the capacity to at least reel back their commitment and become less differentiated and less committed and maybe retain a very little capacity for division and proliferation.

TS: Which topics aren’t getting enough attention at this meeting?

MS: Within the context of cell therapy and regenerative medicine . . . I really think people are struggling right now with the models and the systems that we use.

There’s a lot of stuff being done in a huge number of different experimental systems—both in vitro with cultured cells and in zebrafish and salamanders, rats and mice, pigs, dogs, cats, even some primate studies. I don’t really see people doing serious inter-species comparative analyses to define, how [is] the human cell and the human regenerative response either similar or different from experimental animals we’re using.

The big elephant in the room . . . is how do we make animal models that are as accurate and faithful as possible to capturing the biology of the human system? I’m trying to get part of the way there by using human samples in my own research.