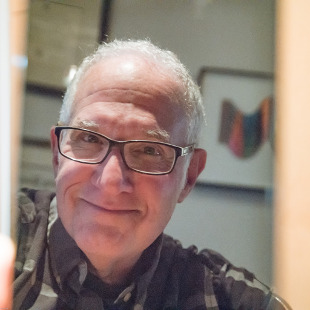 MARC MERLINA planned march in support of science on Washington, DC, has inspired the organization of satellite events across the U.S. and around the world. While the organizers of March for Science have yet to announce a date for the flagship event, volunteers have already assumed leadership roles in planning gatherings in their own cities. Marc Merlin, executive director of the science-enthusiasts group Atlanta Science Tavern, is leading a meeting on the Emory University campus today (January 30), to help plan a March for Science in Atlanta.

The Scientist: You’ve called yourself a “full-time science activist.” How did you find yourself in this role?

Marc Merlin: I trained in physics, but I only briefly worked in physics, earlier in my life. I’ve mostly worked as a computer programmer and software developer, professionally. My role as organizer of the Atlanta Science Tavern has pretty much been my full-time...

TS: What led you to start the conversation on organizing a satellite March for Science?

MM: It was, to some extent, more of a defensive move from my part. I hold the science community in Atlanta very near and dear. And as soon as I saw that sister marches were gaining traction, I wanted to make sure that whoever took over organizational responsibility—and I did not necessarily think it would be me—[would] do more than claim a Twitter handle or a Facebook page. . . . I was also concerned that the person or people in charge would not be reflecting the voice and the feelings of broader Atlanta’s science community. I was in a position at least to gather those people together to join forces. I was also concerned that people who were perhaps very qualified to be organizers would fragment their efforts, so I tried to call a meeting together in order to avoid that, if possible. . . . That was my initial motivation. I was hoping for a group of a couple dozen highly invested representatives of the science community to meet in a room that accommodated around 25 people.

TS: And how many people are you now expecting at the new meeting location?

MM: Facebook says at this moment that there are 429 going and 3.7K interested. My experience tells me we will probably have around 150 people there. . . . We might get up to 200, in which case it might get a little crowded.

TS: What have you heard so far from the local scientific community?

MM: The outpouring in interest has been overwhelming. I am connected with a large number of local scientists, and some have signed onto the Facebook event and let me know they are very excited about attending. I’ve communicated with some by email. I think that we will have representation from . . . most large universities and small colleges in the area, at least that’s my hope. Scientists are very interested in addressing what they see as threats to science research by the incoming administration. Everybody is very motivated.

TS: The US Centers for Disease Control and Prevention (CDC) is headquartered in town. Have you been in touch with anyone at the agency? What, if any, response have you received from CDC employees?

MM: I haven’t received much visible response from people at CDC that I know, nor at state-run universities and colleges. I think they are probably having to be very careful about not appearing to align with a public group like this at this point in time. My expectation is that the meeting will in fact [include] people who work at CDC, and people who work at Georgia Tech and other state-run universities, but they won’t be there in any official capacity.

TS: According to the march’s website, “We unite as a diverse, nonpartisan group to call for science that upholds the common good, and for political leaders and policymakers to enact evidence-based policies in the public interest.” Does this mission ring true for the event you’re helping to organize too?

MM: My hope is that we have a mission that aligns very closely with the national organization. The thing about science is, it’s pretty universal. I know what I would like to see, and that is . . . research on the environment and global warming proceeding unfettered, that the best possible public health policies be implemented with regard to such things as endorsing vaccination. . . . Maybe this is more Georgia-specific, there’s real concern about the integrity of science curricula in public schools—particularly the teaching of evolution. I would say that that’s probably more of a concern here, as part of the Bible Belt, than it is elsewhere because even though Atlanta is a very cosmopolitan and progressive place, those types of decisions are made in the State House that’s run by people who really are not fans of science.

TS: What are some of the challenges in organizing a nonpartisan event with the broad mission of supporting “science?”

MM: I think that’s going to be a big challenge for all the groups. . . . I’m concerned that people are going to conflate everything they object to about the Trump administration’s policies with their objections to what the Trump administration might be doing relative to science policy. My concern is the message will get diffused as a result, and it will look more like a partisan campaign.