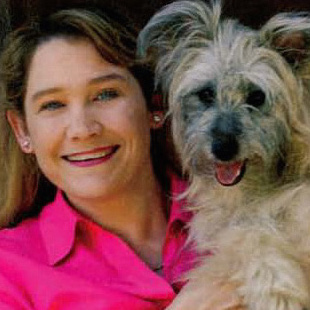 Patricia Princehouse and “Brio”PATRICIA PRINCEHOUSEPatricia Princehouse, director of the evolutionary biology program and outreach director of the Institute for the Science of Origins at Case Western Reserve University, is no stranger to confronting anti-science policies. She helped found the nonprofit Ohio Citizens for Science in late 2001. From 2001 to 2006, she and her colleagues argued against the teaching of creationism in the state’s public schools. “I’m a lifelong Ohio Republican from six generations of Ohio Republicans,” Princehouse said. “So this sort of thing gets a bit personal for me.”

Now, she’s organizing another demonstration: a March for Science in Cleveland.

The Scientist: You’ve long been active in science and education advocacy.

Patricia Princehouse: I never expected to be an activist of any kind, but when the creationists tried to take over the public school science curricula in Ohio, I had to say something. At first, when...

[Eventually] . . . a few of us decided we had to start looking into politics. . . . And, as is always the case, when the public understands what’s going on, they always choose science over creationism. And that is what happened in Ohio.

TS: Why and how did you initially become involved in organizing a satellite march?

PP: A little over a week ago, reports started coming out that there had been a gag order put on scientists at the EPA [Environmental Protection Agency] and at the Department of Agriculture. People were very concerned. . . . I saw, on Facebook, someone had added me to a list of what was called “Scientists March on Washington” at that point, and was quickly renamed “March for Science,” to be more inclusive. It had well under 100,000 members at that point. Now it has more than 800,000. I was surprised, as active as I have been in this—I was surprised to see so many scientists come forward and say This cannot happen. It’s really very touching, very moving to see this from people that are not usually involved. . . . I had a very good example from these two physics grad students [Claudia Pasmatsiou and Laura Johnson of Case Western, who organized the satellite Women’s March in Cleveland on January 21]. I went to their march. . . . It was such a unifying event, and there was a lot of pro-science sentiment. A lot of people saying, you know, Science is real; Trust the scientists; Science is important. I hadn’t expected this from the general public, either. It was just so heartening. So when this [March for Science] came up, I thought, we should do this. Our [Facebook] group quickly grew to over 3,000 people. We have dozens of people helping organize, including Laura and Claudia. It’s just tremendous. We have people from all walks of life who really care about science and care about democracy, and understand the link between science and democracy, both philosophically and historically. People know this is important.

TS: Who do you anticipate will participate in this march? Local scientists? Local science enthusiasts?

PP: I expect a mix. Some of our scientists, given that people are paying attention to science, they can’t resist having some science outreach activities. We’re going to have some activities and games for kidsbefore the march starts. I expect we will have [participants of] all ages, from kids to retired people, who in Cleveland are very active in science lectures and things like that. I expect we will have quite a number of scientists from all the local universities and industry—a large swath of people. And I think we will have people who are from different political persuasions but can come together on this issue. There may be some different views within the group, but in this case we are marching for science. I think that we are going to have a lot of people who are interested in supporting science but have never been active before.

TS: What’s your response to those who’ve expressed concerns that the march could politicize science?

PP: From the time that people started, for example, the National Center for Science Education back in the 1980s, scientists have been concerned, you know, Don’t annoy people; The people that are attacking science will go away. That has not worked. Instead, they have gotten the ear of the press, and the mainstream press will cover attacks on science like crazy, and give them all kinds of credibility that they don’t deserve. We need to address that the anti-science movement has made simply doing science political in some way.

We’ve seen it [attacks on science] coming. It’s not terribly surprising that more and more elements of science come under attack, but it is kind of breathtaking how fast it has moved in the past couple weeks.

TS: What would you say to people who are interested in voicing support for science, but are concerned that participation in this march or similar events could affect their work?

PP: We’re there to support science. This is not the kind of political rally that gets ugly. . . . However, if there are individuals who feel that their positions will be jeopardized, they need to look into whether or not that is a reasonable fear. And, if it is, there are other ways to be supportive of science. Not least of this is, talk to your family, friends, and neighbors. You don’t have to go and talk to people you don’t know, or go demonstrate. Your friends and neighbors would like to hear from you about science. . . . Let them understand how science works, what it’s about, and what it does for society. It’s hard to get your gumption up to start it, but once you start, you’ll find it easier and easier.

Clarification (February 2): Princehouse helped found Ohio Citizens for Science in 2001. She and her colleagues argued against the teaching of creationism in Ohio public schools from 2001 to 2006.